“No matter what anyone says or does, my task is to be emerald, my color undiminished”. As an allegory, this quote by Marcus Aurelius works hand in glove for Rhodes. Besides, Rhodes (ro-dos), the largest and most popular island of the Dodecanese is also known as the “Emerald Island” due to its 37% coverage with pine and cypress trees,. With some 300 days of sunshine per year, the power house of the Dodecanese proves to be a holiday magnet for Europeans, with tourism accounting more or less three quarters of the island's economy.

Mostly famous for the nostalgic Old Town, among the best-preserved Medieval Towns of Europe – which in 1998 was designated a UNESCO World Heritage Site - with the fortified walls and the impeccable castle and palace, cobblestoned streets and alleys and exquisite stone mansions, the island of Knights with its 44 villages is coiled in golden beaches, with bright green hills and wooded valleys and ancient history. 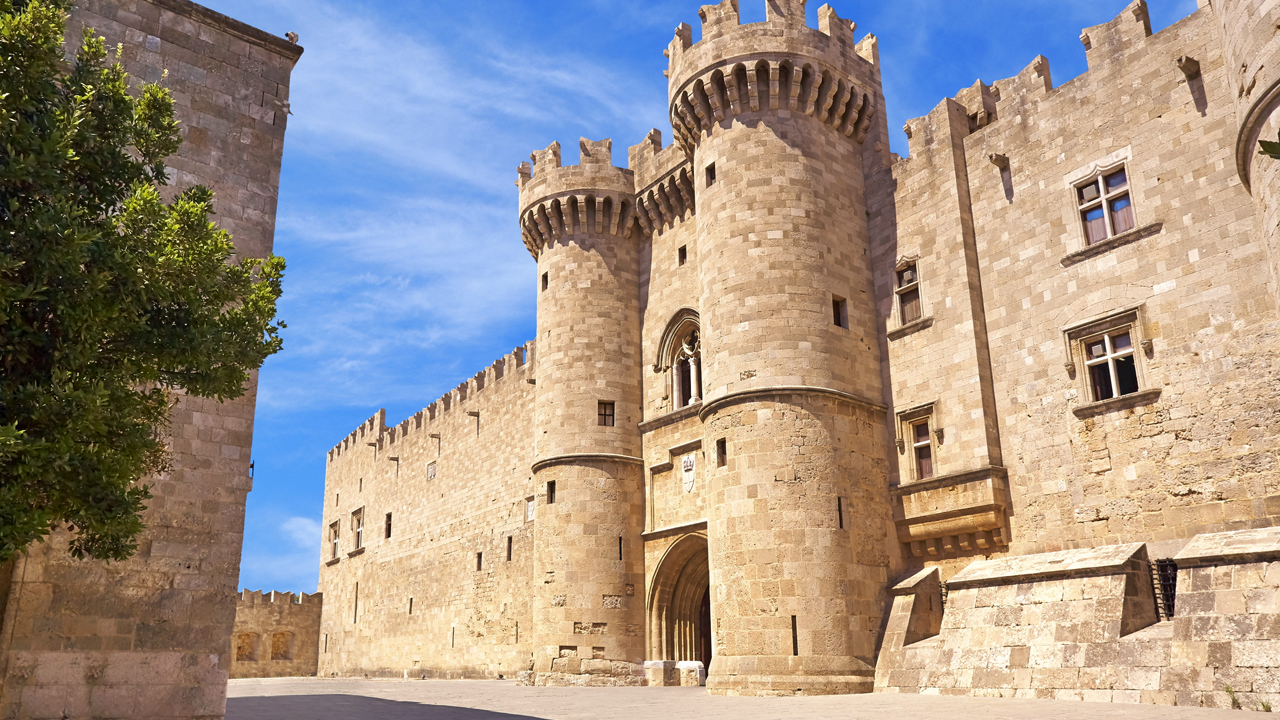 Populated since prehistoric times, Rhodes developed rapidly into a dominant financial and cultural epicenter of the ancient Greek world, notorious, 'worldwide', for the Colossus of Rhodes, one of the Seven Wonders of the World. Its opulence, natural allure and strategic geo-coordinates, bestowed the early Rhodians with wealth, but, equally, it drove the appetite of other powers to acquire the island’s charms.

The Romans, Knights of Saint John, Ottoman Turks and, later, the Italians, all left their indelible marks, but, somehow, they always failed to cut apart the umbilical cord of the island, which finally was united with metropolitan Greece after WWII.

What now is Rhodes, in mythical times was the Helios', island. The myth has it that when the sun god had fallen head over heels for nymph Rhodes he just flashed his light on her thus transforming Rhodes into the island. 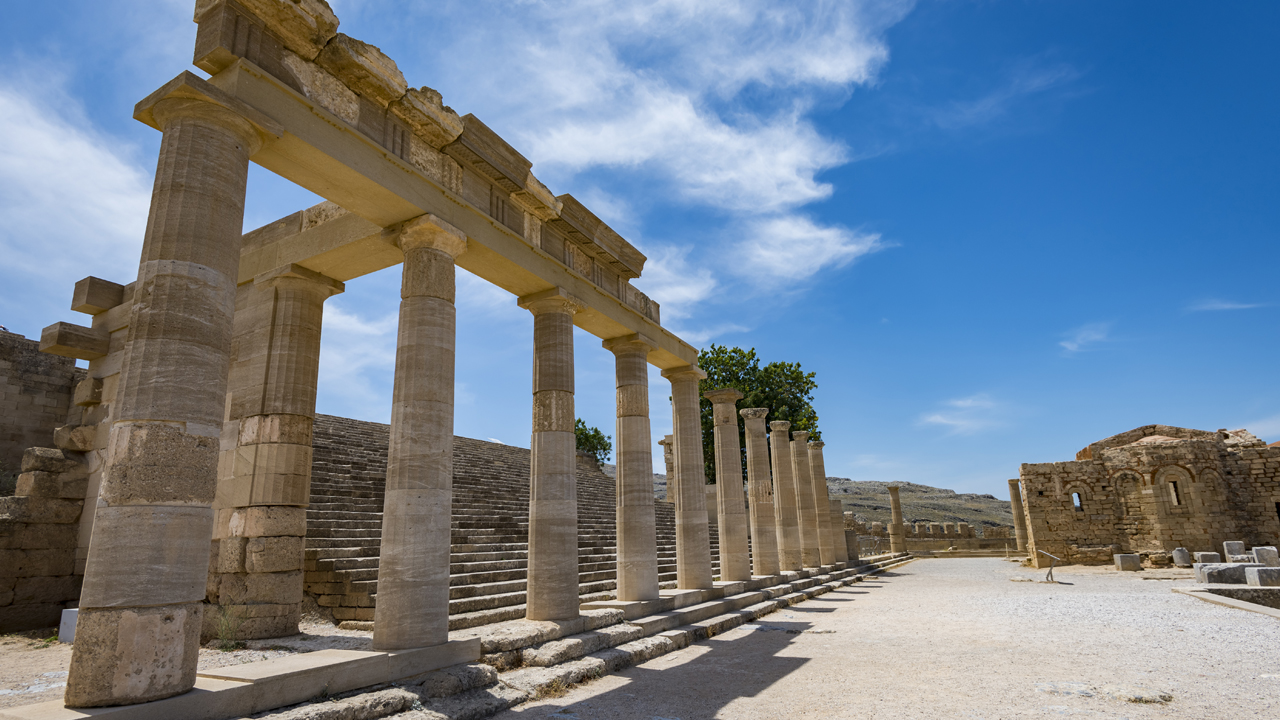 The island's name Rhodes means 'rose' and is even today known as an elated, flowery place with the deer as its 'emblem', for a very rare and protected deer called the Dama-Dama lives in the forests of the island.

An island ever jelled exactly where West meets East, emerging like a spearhead that glided and still glides over the waves in the translucent seas of the Aegean and soaked in the light of her ancient patron god Helios, it is a place privileged by nature, made on a human scale that today offers visitors a plethora of year round leisure options, covering in excess all types of tourist activity.

The natural beauty of the island, the 220km of uninterrupted coastline, the markers and reminders from her long and often stormy history, its cosmopolitan character, as well as the kind hospitality generously offered by the locals, and its excellent tourist infrastructure, will all captivate visitors.

Whether one arrives in search of laid-back sun worshipping or diving into crystal-clear waters, a buzzing nightlife or embarking on a culture-vulture journey through past civilizations, it’s all here: from the maze of cobbled streets of the Old Town that will beam you back to the days of St. John’s knights, until further southeast to the picture-perfect whitewashed village of Lindos, which, with its so physically protected harbor and its magnificent lookout with Acropolis on top, along with the mystifying puzzle of hidden alleyways of the village, a bygone era’s eyewitness and its emerald waters, lives up to the task. 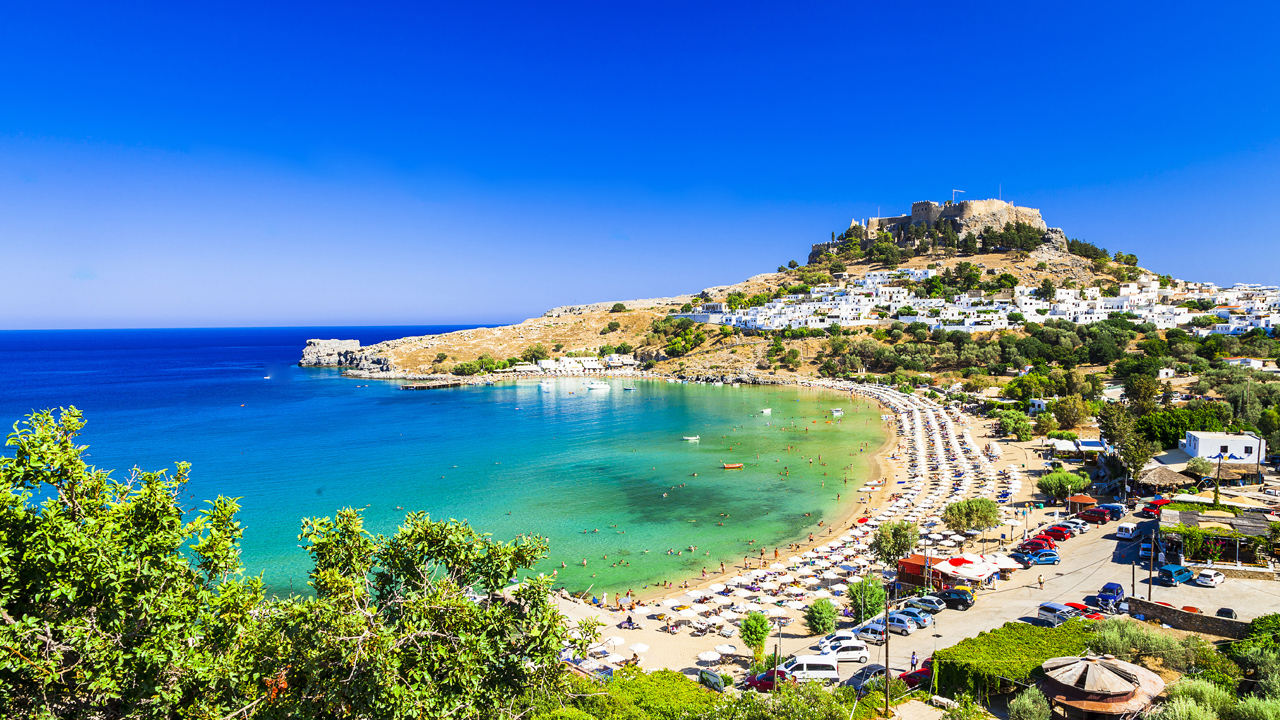